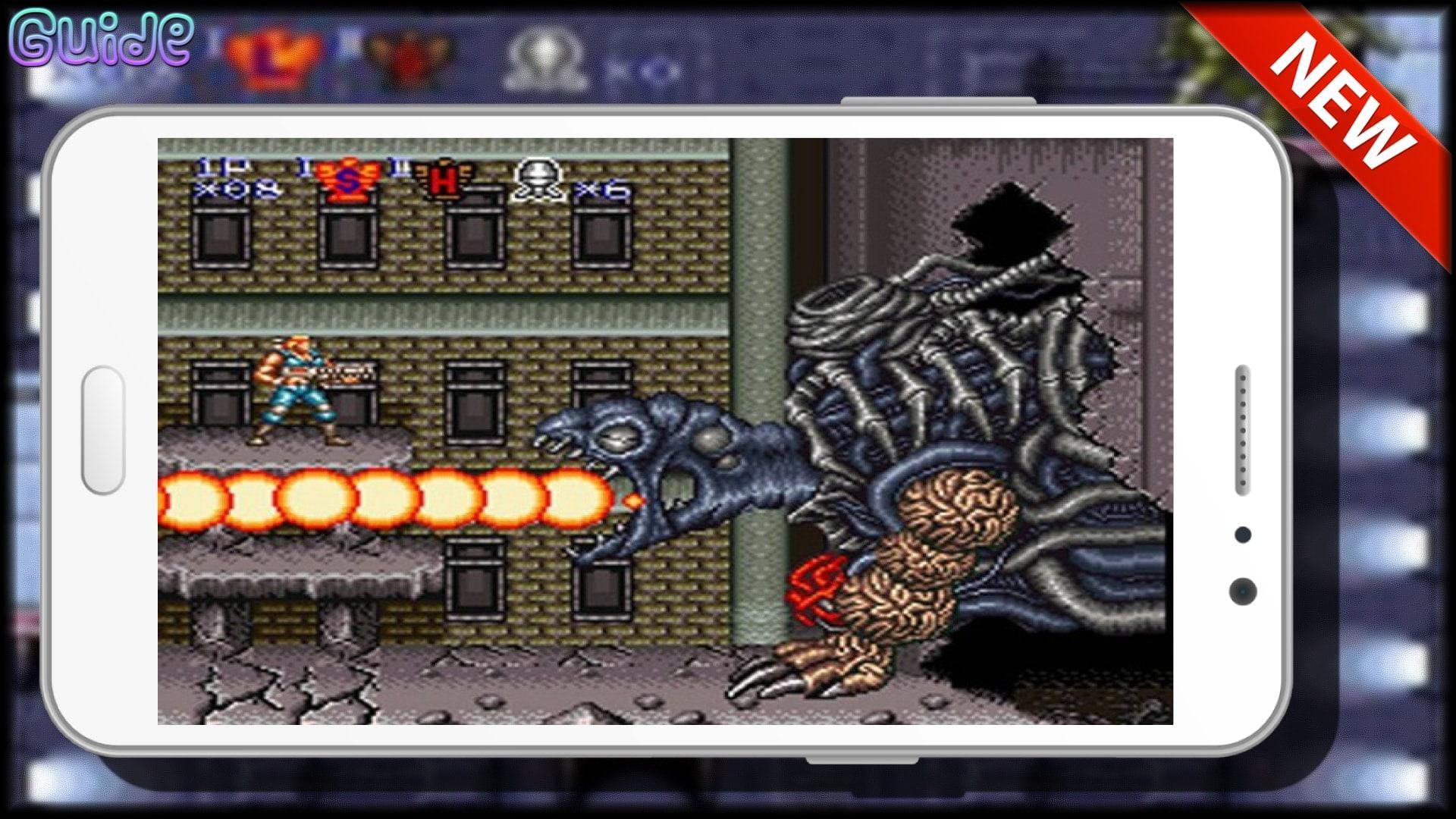 Contra III: The Alien Wars is a run and gun game and is the third in the series, bringing a series of improvements along with it.
Story-wise, the game is set in the very distant future, in the year 2636, when a race of aliens called the “Red Falcon” invade the Earth. The two heroes Jimbo and Sully, descendants of the heroes from the previous game, take the fight to the aliens, as they say in their memorable quote, “aggressively”. Truth be told, there never was much to the story of the Contra series. It instead focuses on the action and gameplay.
The gameplay is simple and straight to the point: shoot the aliens that come towards you. Taking advantage of the latest technology, the characters can now jump, grab onto ledges, swing from poles and even destroy elements of the scenery. Contra III also features two top-view levels, which is a nice change of pace. There are various weapons and power ups available, like the previously all-mighty spread shot or a flamethrower with a continuous jet.
Graphically, the stages and enemies are nice and varied; you’ll never fight the same enemies in different places. Contra III has received praise for using the full capabilities of the current technology, sometimes being compared to later, more advanced games. The backgrounds shift quite a few times and leave no room for monotony. The player characters are also much larger and more detailed compared to previous installments of the series.
Still, the game has received criticism for its more difficult than usual gameplay. Some of the complaints were regarding the limited number of lives and the ease with which you can be overwhelmed by hordes of aliens. Some even considered it ridiculous to be able to jump and grab onto shooting missiles, but they probably didn’t take into account the fact that it was never meant to be realistic.
To conclude, Contra III does not put much emphasis on its storyline and instead opts for fast-paced, sometimes chaotic (maybe difficult) but ultimately fun gameplay. With so many distractions and eye-candy available in-game, you almost forget why you were firing your weapons in the first place.
Contra III: The Alien Wars features:
Fast paced action at three different difficulty settings.
Great level and weapon variety.
Many bosses and mini-bosses spread throughout the game, each with different tactics.